Welcome To The City Of Amman Jordan

Amman, the capital of Jordan, is a modern city with numerous ancient ruins. Atop Jabal al-Qala’a hill, the historic Citadel includes the pillars of the Roman Temple of Hercules and the 8th-century Umayyad Palace complex, known for its grand dome. Built into a different downtown hillside, the Roman Theater is a 6,000-capacity, 2nd-century stone amphitheater offering occasional events.

As Middle Eastern cities go, Amman is a relative youth, and though it lacks the storied history and thrilling architectural tapestry of other regional capitals, there’s plenty here to encourage you to linger awhile before making for Petra, the Dead Sea or Wadi Rum. In fact, Amman is one of the easiest cities in which to enjoy the middle East experience.

At the heart of the city is the chaotic, labyrinthine ‘downtown’, an Amman must-see. At the bottom of the city’s many hills, and overlooked by the magisterial Citadel, it features spectacular Roman ruins, an international-standard museum and the hubbub of mosques, souqs and coffeehouses that are central to Jordanian life.

Amman's history spans nine millennia dating back to the Stone Age. It boasts one of the largest Neolithic settlements (c.6500 BC) ever discovered in the Middle East. The Citadel hill contains early Bronze Age tombs (3300-1200 BC).

By the beginning of the Iron Age Amman had become the capital of the Ammonites, referred to in the Bible, and was called Rabbath-Ammon. It was here that King David of Israel killed Uriah the Hittite. Fortress towers ringed the city at that time - the best preserved of these can still be seen today - but they were little protection against King David's attack. His forces toppled the Ammonites and, apart from a brief revival in the 9th and 8th centuries BC, the area was ruled in succession by the Assyrians, Babylonians and Persians for several hundred years. By the 4th century BC the city had been renamed "Philadelphia" after its Ptolemaic ruler, Philadelphus. 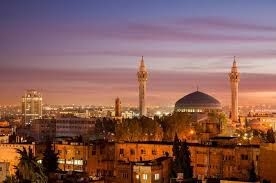 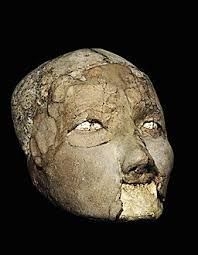 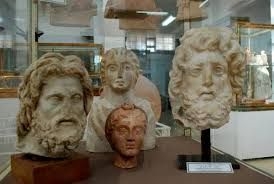 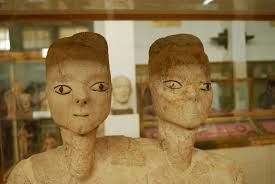 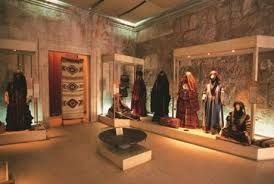 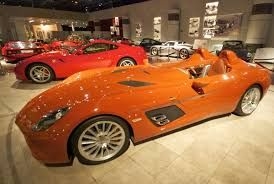 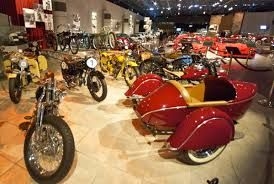 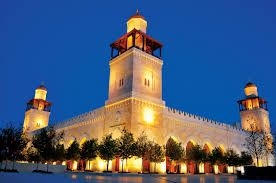 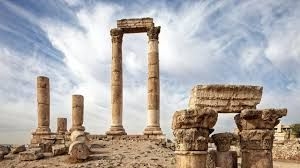 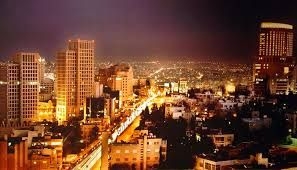 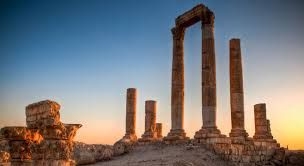 Amman's history spans nine millennia dating back to the Stone Age. It boasts one of the largest Neolithic settlements (c.6500 BC) ever discovered in the Middle East. The Citadel hill contains early Bronze Age tombs (3300-1200 BC).

By the beginning of the Iron Age Amman had become the capital of the Ammonites, referred to in the Bible, and was called Rabbath-Ammon. It was here that King David of Israel killed Uriah the Hittite. Fortress towers ringed the city at that time - the best preserved of these can still be seen today - but they were little protection against King David's attack. His forces toppled the Ammonites and, apart from a brief revival in the 9th and 8th centuries BC, the area was ruled in succession by the Assyrians, Babylonians and Persians for several hundred years. By the 4th century BC the city had been renamed "Philadelphia" after its Ptolemaic ruler, Philadelphus.

Seleucid and Nabataean rule followed until 63 BC, when it was absorbed into the Roman Empire and the Roman general, Pompey, annexed Syria and made Philadelphia part of the Decapolis League - an alliance of ten free city states with overall allegiance to Rome. The Romans rebuilt the city with colonnaded streets, baths, a theatre and impressive public buildings. Philadelphia found itself at the centre of the new Roman province of Arabia and of lucrative trade routes running between the Mediterranean and an interior that stretched to India and China as well as routes north and south. The city flourished.

During the Byzantine period, when Christianity became the official religion of the Eastern Roman Empire, the city was the seat of a Christian Bishop and two churches were constructed. By the early 7th century, Islam was already spreading northwards from the Arabian Peninsula and, by 635 AD, had embraced the land as part of its domain. The city returned to its original Semitic name of Ammon or, as it is known today, Amman.

With various shifts in political power over the following centuries, Amman's fortunes declined. During the Crusades and under the Mameluks of Egypt, Amman's importance was overtaken by the rise of Karak in the south. By 1321 AD, it was reported that Amman was "a very ancient town and was ruined before the days of Islam" there are great ruins here and the river al-Zarqa flows through them.”

Under the Ottoman Empire, Amman remained a small backwater with As-Salt being the main town of the area. By 1806, the city was reported to be uninhabited except for the Bedouins.

The departure of the Ottomans from the region coincided with the exodus of a large numbers of Circassian and other persecuted Muslims from the Caucasus. They found refuge in the area and established a settlement on the east bank of the Jordan River. Although they were mostly farmers, amongst these early settlers there were also gold and silversmiths and other craftsmen, and it wasn’t long before they built rough roads linking their settlement to Amman. Commerce, once again, began to flourish.

The King Abdullah I Mosque in Amman, Jordan was built between 1982 and 1989. It is capped by a magnificent blue mosaic dome beneath which 3,000 Muslims may offer prayer.

places it was steered towards. His Majesty King Abdullah II wished The Royal. Automobile Museum to be built to pay tribute to his. father the late King Hussein's .

Drive to your destination

This magnificently restored theatre is the most obvious and impressive remnant of Roman Philadelphia, and is the highlight of Amman for most foreign visitors. The theatre itself is cut into the northern side of a hill, and has a seating capacity of 6000. The best time for photographs is the morning, when the light is soft although the views from the top tiers just before sunset are also superb.

The Hill of the Citadel (Jabal al-Qal'a) in the middle of Amman was occupied as early as the Neolithic period, and fortified during the Bronze Age (1800 BC). The ruins on the hill today are Roman through early Islamic. The name "Amman" comes from "Rabbath Ammon," or "Great City of the Ammonites," who settled in the region some time after 1200 BC. The Bible records that King David captured the city in the early 10th century BC; Uriah the Hittite, husband of King David's paramour Bathsheba, was killed here after the king ordered him to the front line of battle.

In ancient times, Amman with its surrounding region was successively ruled by the then-superpowers of the Middle East: Assyria (8th century BC), Babylonia (6th century), the Ptolemies, the Seleucids (third century BC), Rome (1st century BC), and the Umayyads (7th century AD). Renamed "Philadelphia" after himself by Ptolemy II Philadelphus, the city was incorporated into Pompey the Great's province of Syria, and later into the province of Arabia created by Trajan (106 AD). As the southernmost city of the Decapolis, Philadelphia prospered during Imperial times due to its advantageous location alongside Trajan's new trade and administrative road, the Via Nova Traiana.

When Transjordan passed into Arab rule in the 7th century AD, its Umayyad rulers restored the city's original name of Amman. Neglected under the Abbasids and abandoned by the Mamlukes, the city's fortunes did not revive until the late 19th century, under the Ottoman empire. Amman became the capital of the Emirate of Transjordan in 1921, and of the newly-created Hashemite Kingdom of Jordan in 1947. Greater Amman (the core city plus suburbs) today remains by far the most important urban area in Jordan, containing over half of the country's population or about 3 million out of 5 million people.

How to get to Citadel, Amman

The Jordan Archaeological Museum is located in the Amman Citadel of Amman, Jordan. Built in 1951, it presents artifacts from archaeological sites in Jordan, dating from prehistoric times to the 15th century.

Jordan Archaeological Museum was built in 1951 to be a cultural center and national museum ,It displays various objects of archaeological sites discovered during excavations all over the Hashemite Kingdom of Jordan.

The Exhibition displayed according to chronology from the Paleolithic to the Islamic period , valuable unique objects such as Ain Ghazal clay statues , and some of the Dead Sea Scrolls and the skulls of Jericho , and Bella ivory box are presented in this museum.

A new project to develop and rehabilitate the museum will be conducted soon, to be a special museum for Amman archaeological sites and the citadel after the opening of Jordan Museum.

How to find Jordan Archaeological Museum

Amman is a good base for action-packed activities in the surrounding area. The Jordan Valley is just a short drive away and easily accessible for day excursions for walking, hiking, riding, sports and much more.

Within Amman there is plenty of fun to be found including water parks with lots of thrilling rides to keep the children entertained. There is a wide range of health clubs and fitness centres, as well as facilities for paint balling and other action-packed sports.

Amman's 'Waves Water Park' is a great place to chill out and have some fun - especially for children who are tired from shopping and visiting the sites. The park is large, ecologically-friendly and has plenty of shady areas. The lower level has wave pools, river rides and slides as well as fast food outlets for the kids. The upper level has a quieter pool and restaurant area.

The King Hussein National Park is located on the western outskirts of the city and is a great place to while away a few hours. Within the Park is The Cultural Village, which highlights Jordan’s heritage through its handicrafts and culture. The Centre includes studios for Arabic calligraphy, stone inscriptions, natural dyes and various other traditional crafts. The Park, which overlooks Amman, has outstanding themed gardens and an auditorium where various events and festivals regularly take place. It also has a large sports training facility, as well as a children’s playground, a children’s museum, medical clinic and restaurant.

If you are looking for an adrenaline rush and cannot make the trip outside Amman for some amazing rock-climbing you do not have to miss out! Try the region’s largest indoor climbing facility at Climbat Amman, where you can traverse climbing surface of over 1500 square meters along more than 6000 bolt-on climbing holds! 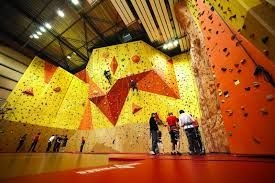 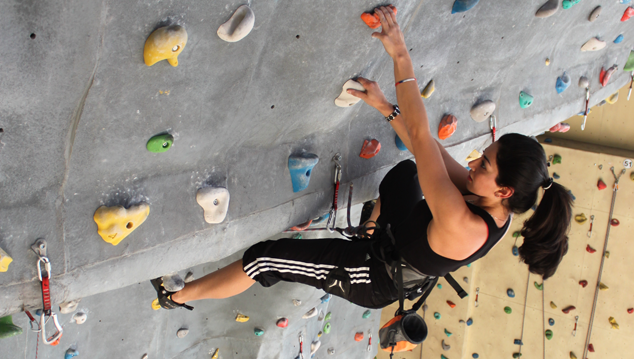 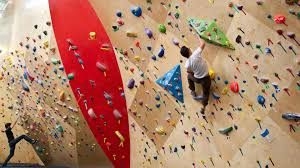 There’s plenty to do in Amman after dark. Nightclubs throb to the beat of modern music, attracting the young fashionable crowds while the more traditional establishments offer Arabic music and dance. Many international restaurants also provide live entertainment.

Amman has many cinemas which screen all the latest movie releases. There are also theatres and concert halls that have regular performances of stage shows, music concerts and ballets on their agenda.

The word used for "gardens" or "terraces" in Arabic is the same one as "trees" and I took a while to realise what exactly people were doing when they talked about "watering their trees".

Rainbow Street offers great shopping opportunities for those looking to score local and handmade goods, while Wakalat Street offers many brands name stores for the international shopper. Both streets are lined with cafes and restaurants ideal for a social night out. 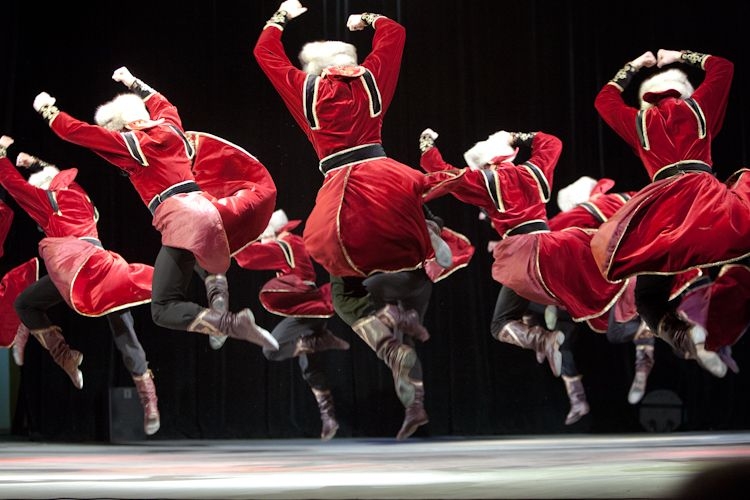 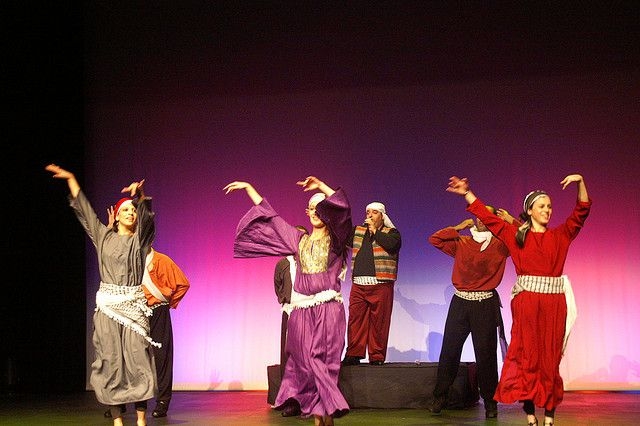 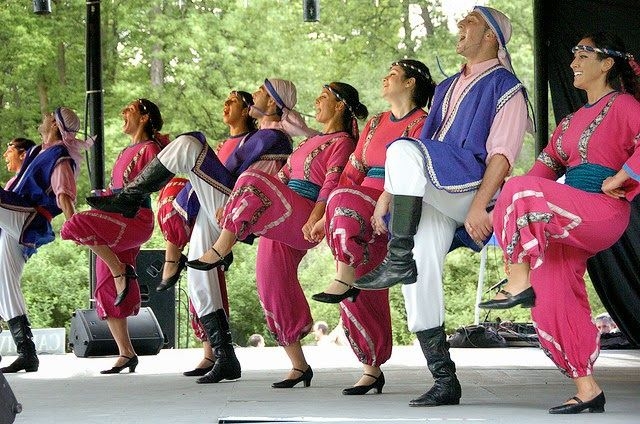